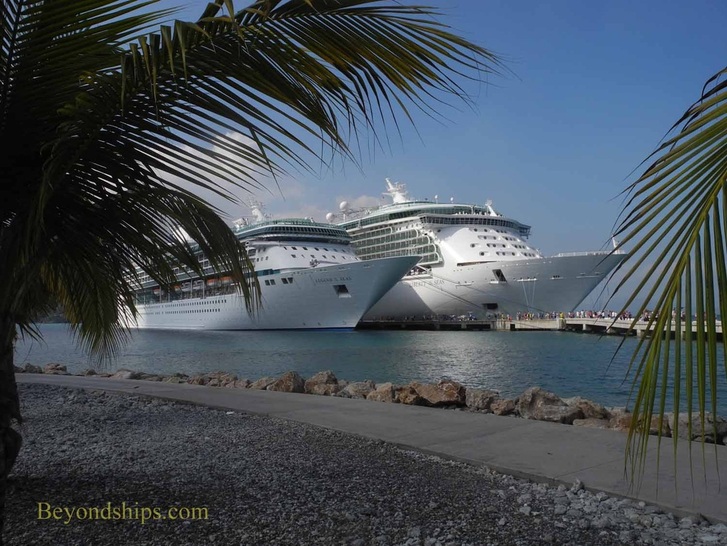 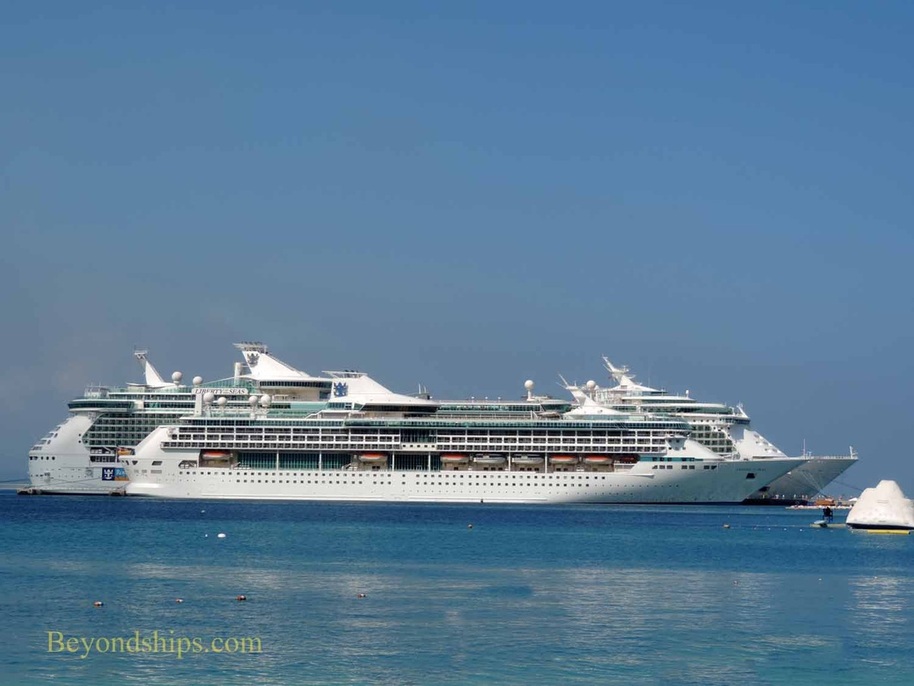 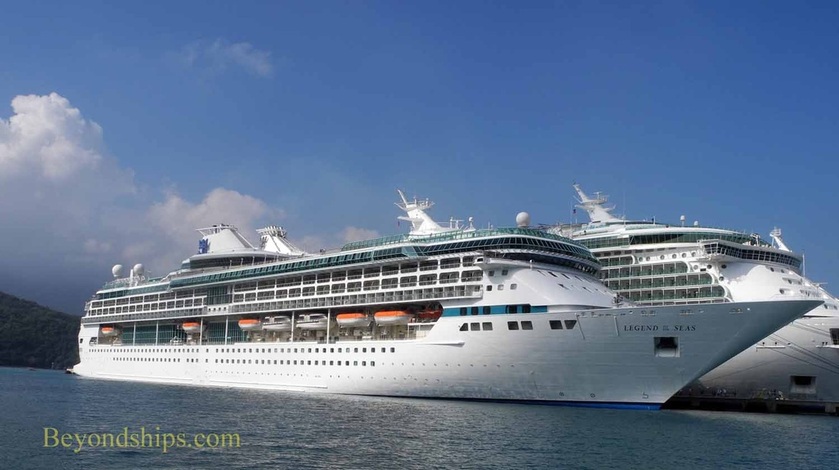 Legend has a sleek bow and is one of the fastest ships in the Royal Caribbean fleet.  She has been clocked at 25 knots.  However, for most itineraries, she only needs to do 18 knots or less.
By late in the afternoon, both ships have recovered their passengers from the resort.  Liberty is the first ship to leave.  After releasing her lines, she seems to drift away from the pier before getting underway and disappearing over the horizon.
Cruise ship photo feature - - Royal Caribbean - - Liberty of the Seas - - Legend of the Seas - - Labadee - - page 2