Oceana is a work horse of the P&O Cruises fleet.  Built by Italy's Fincantieri shipyard in 2000, she began life as the Ocean Princess of Princess Cruises. (Her sisters are  Dawn Princess, Sea Princess and Sun Princess).  In 2002, she was transferred to P&O Cruises, which was then Princess' parent company.   During the winter months, she sails the Caribbean.  During the summer, she cruises from Southampton 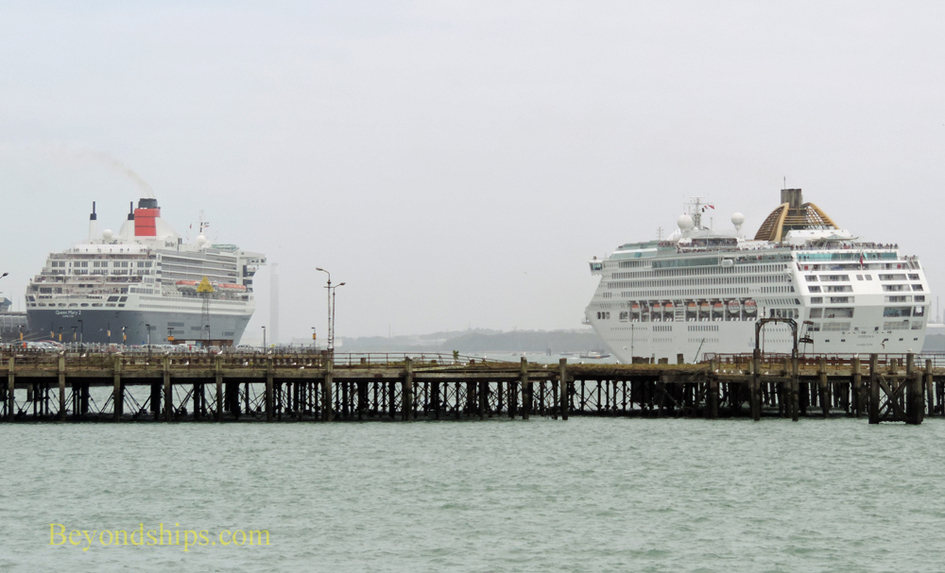 Oceana turns to head down Southampton Water towards the sea. She is about to pass Cunard's Queen Mary 2.
Cruise ship photo essay - - Seen In Soton - - P&O Cruises - Oceana